SEASON OF THE HUNT 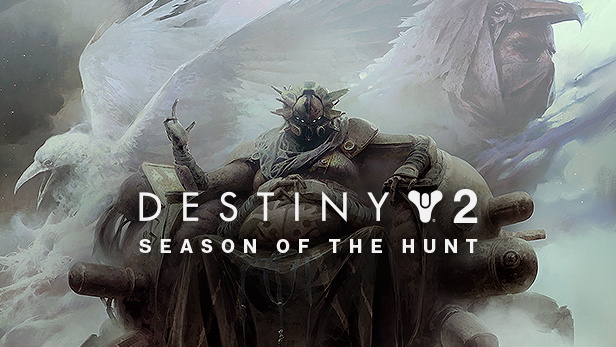 In the chaos that follows, Xivu Arath, the Hive God of War boldly moves to seize power.

If left unchecked, she threatens a solar system already in turmoil.

While investigating the growing threat, Osiris finds himself in need of help.

Fortunately, a new – and yet familiar – ally known as the Crow joins you in the rescue…

You also get an XP boost that speeds up your Seasonal ranks and engram unlocks.

Hive shrines are appearing throughout the system.

The Spider has felt the effect of this disturbance and wants to strike a bargain.

Work with him and the Crow to build a device that will draw Xivu Arath’s lieutenants out of hiding.

Once constructed, upgrade your Lure, snare your prey, and challenge the Hive god.

Pulled from the jaws of a Hive God, the Fang of Xivu Arath increases your Power every time it’s upgraded.

Included with Season of the Hunt

Instantly Unlock the New Seasonal Armor Set for Each Class

Free for all Destiny 2 players

New Artifact and Mods to Unlock

I’m playing this game now for some days and must say for a free to play game I give it 8/10.

The graphics are awesome and for a multiplayer game I must admit that when you start with a team (unknown persons on steam) they help you out big time.
Go ahead, grab this free game…